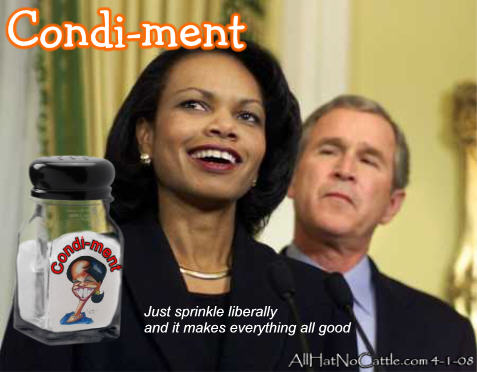 I can't think of any successes performed by Condoleezza Rice. Not one. 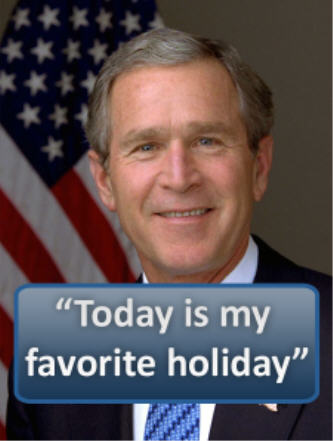 The CIA leak probe cost $2.58 million, the Government Accountability Office disclosed Monday, wrapping up an investigation that ensnared Vice President Dick Cheney's chief of staff for perjury, obstruction and lying to the FBI.

The office of Special Counsel Patrick Fitzgerald spent the money over a 45-month span that saw the indictment, trial and conviction of I. Lewis "Scooter" Libby.

The investigation also touched on other officials in the State Department and the White House, including presidential political adviser Karl Rove, who leaked the CIA identity of Valerie Plame.

"This is what he said in his speech yesterday -- I'm not kidding about this. He said things are good in Iraq because when you fly over it, you can see soccer games. What you can't see from that level is that they're being played with a human head." --Bill Maher 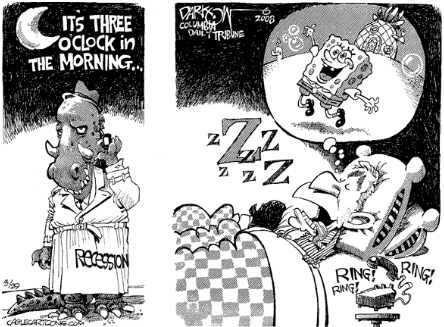 "It looks like Mitt Romney really wants to be picked as vice president. Did you see the picture in the paper today of Romney talking to John McCain? Show this picture [on screen: picture of McCain and Romney]. Doesn't it look the head of Leisure World explaining the benefits of assisted living to the newest resident? 'Plus, we have Meals on Wheels.'" -- Jay Leno 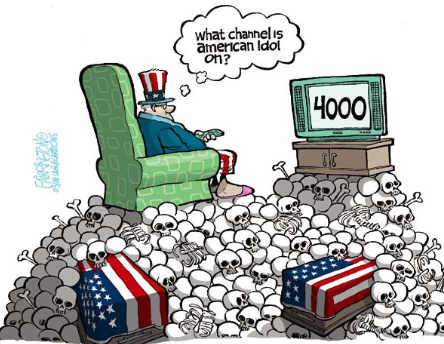 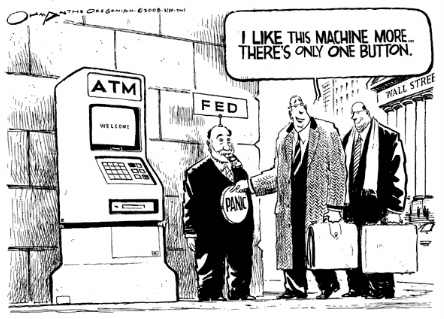 Secretary of State Condoleezza Rice said Monday that Mideast peace talks are "moving in the right direction" although she warned Israel that it should stop new settlement activities that could upset progress. 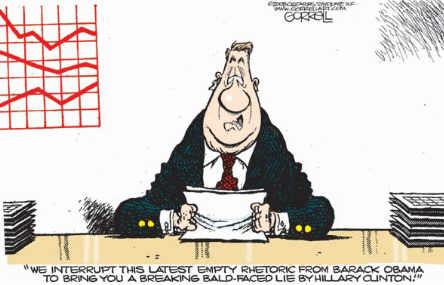 Barack Obama said Sunday Hillary Clinton ought to stay in the race. Polls show women think it's sexist to pressure her to quit. Ever since the cable news shows switched from opposition to the Iraq war to stopping Hillary, it's gotten very bloody. - Argus Hamilton 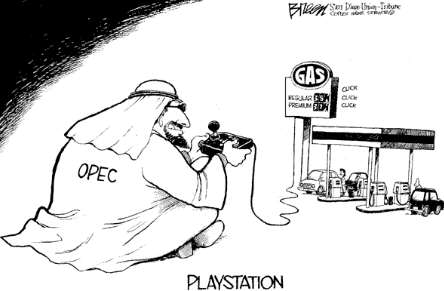 "The White House is now outsourcing the manufacturing of our passports overseas. Our passports will now be made in foreign countries. See, this is how a global economy works. When an illegal immigrant from Mexico living in L.A. and working in a Japanese-owned company wants to go home to visit his relatives, he uses a a passport made in Thailand that he gets by a calling customer service number in India. You see how it works? This could be the thing that makes Lou Dobbs' head explode." --Jay Leno 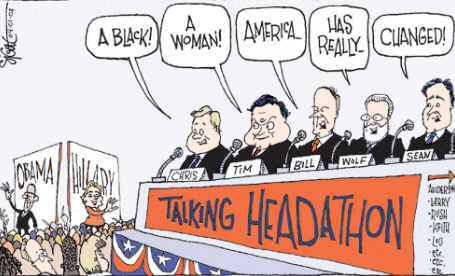 Radio talk-show host Rush Limbaugh has been telling his audience for days now that he could be indicted for encouraging Ohio Republicans to take a Democratic ballot in the March 4 primary in what he calls "Operation Chaos."

Could that actually happen?

"We have no intention of prosecuting Rush Limbaugh because lying through your teeth and being stupid isn't a crime," said Leo Jennings, a spokesman for Democratic Attorney General Marc Dann.

“Here’s news from Hollywood. You know Pamela Anderson? Well, she recently had her marriage annulled.” The “marriage lasted two months. I mean,” she “goes through husbands like New York goes through governors.” - David Letterman

I hope you had a good time today 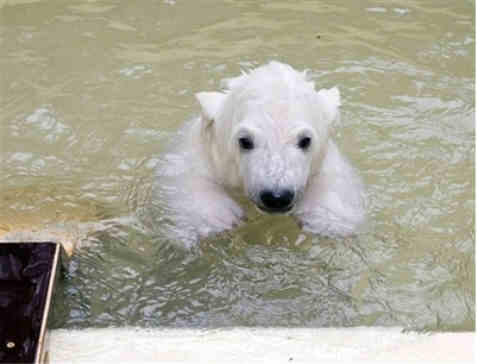