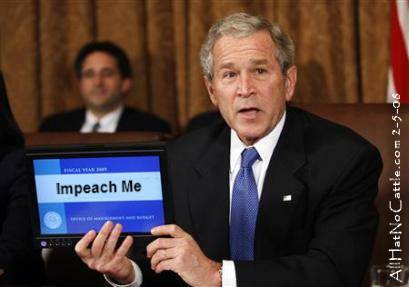 What Happened To The Missing E-mail?

An advocacy group on Monday sought a criminal probe of the White House over millions of possibly missing e-mails, saying someone may have deliberately deleted them to conceal involvement in a potential crime.

Bush's economic stimulus package is already working: Exxon Mobil made more money than any other company, ever.- Grant Gerver, www.seriouskidding.com

President George W. Bush should not have exempted the Navy from obeying laws intended to protect endangered whales and other marine mammals by curbing the use of sonar off the California coast, a federal judge ruled on Monday.

"Both the Republicans and the Democrats have competing growth packages. Let me tell you something, the only person with a growth package in this country that works -- Barry Bonds" --Jay Leno

Bad blood between the Obamas and the Clintons seeped into public view Monday as Michelle Obama hesitated at first over whether she could support Hillary Clinton if she wins the Democratic nomination....Asked if she could see herself working to support Clinton should she be the nominee, Michelle Obama replied, "I'd have to think about that." 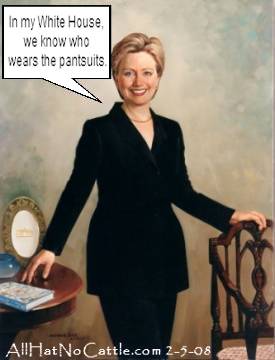 Hillary said that on David Letterman.

Bush legacy: Setting a standard in fear-mongering
By Richard A. Clarke

When I left the Bush administration in 2003, it was clear to me that its strategy for defeating terrorism was leaving our nation more vulnerable and our people in a perilous place. Not only did its policies misappropriate resources, weaken the moral standing of America, and threaten long-standing legal and constitutional provisions, but the president also employed misleading and reckless rhetoric to perpetuate his agenda.

"Did you all see Barack Obama and Hillary last night at that debate? Did you see them sitting side by side, staring at the camera? They looked like one of those bad local eyewitness news teams. 'Let's go to Barack for the weather. Thank you, Hillary.'" --Jay Leno 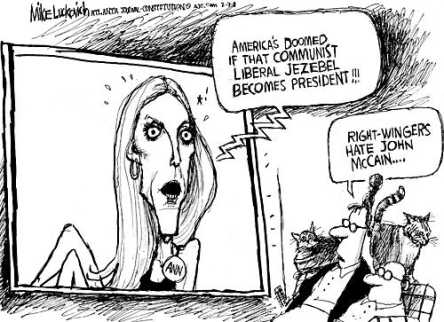 "I asked my daughter who she liked for president today. She told me she likes Obama because he has big ears like Will Smith. You know, ear size is one of the key issues with young people nowadays." --Jimmy Kimmel

Scientists have created a human embryo with three parents in a breakthrough they hope could lead to effective treatments for a range of serious hereditary diseases.

All Hat No Cattle 2008 Fundraiser

NOTICE: I am still without my laptop. I am using an old Toshiba laptop -- it works but it is quite slow. Thank you for your patience. 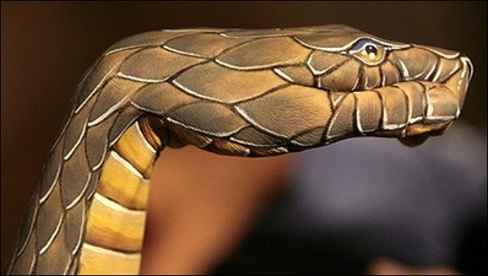